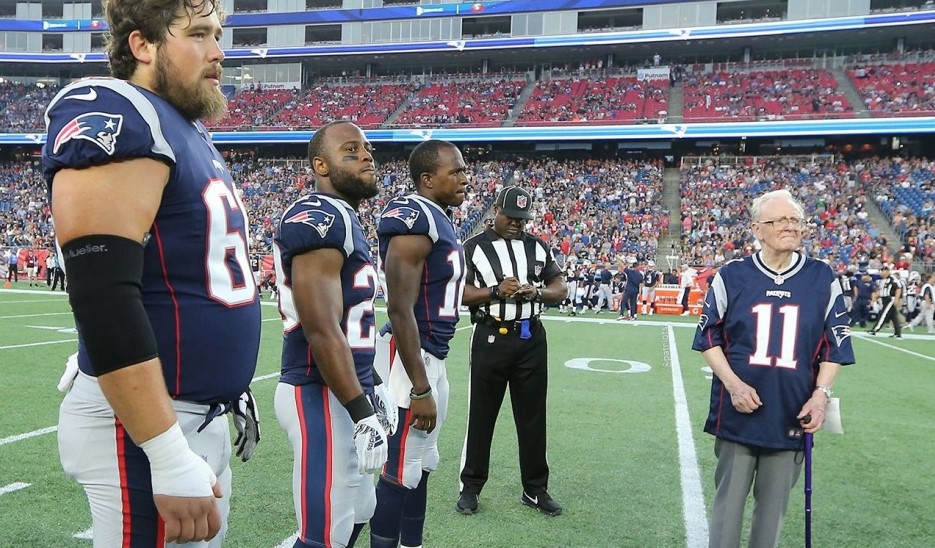 Birch Hill resident, Joe Couris, was recently honored by the New England Patriots as the team’s honorary “Captain of the Pats” during the coin toss before the pre-season game against the Philadelphia Eagles.

The Pats surprised Joe on game day with the honor after Joe’s son Geoff gave the team a heads-up that his father was a B-17 pilot during World War II. The team was impressed with Joe’s military service and presented him with an official jersey and invitation for Joe and Geoff to go on the field for the pregame practice/warmup period.

The Pats found one more way to give something back to the 97-year-old veteran by then inviting him on the field for the coin toss. Geoff was floored by this, as was his Dad, and of course, he accepted the team invitation. The father and son were ushered onto the field with the team for what became an experience of a lifetime.

“It had now become surreal for me and I assume him as well.” Geoff said. “The energy, the activity, the respect from team members was something I just can’t find words for.”